As part of its strategy to reduce climate risks and optimize the Company’s land bank, HarvEast Holding has made a decision to sell its Ilyich-Agro Zaporozhye structural unit that farms 15 thousand hectares of land in Berdianskiy and Primorskiy districts of Zaporozhye region.

‘Reduction of climate risks is one of our current priorities, one of the key conditions for further growth. After all, today we are mainly working in the risk farming area, and our harvest is largely dependent on the weather. We aim to expand our land bank in less risky regions and concurrently decided to sell the Company’s assets in Zaporozhye region,’ said Simon Cherniavsky, CEO of HarvEast Holding. The buyer is Genero Group Company. The deal is planned to be closed by the end of 2013. Reference:


HarvEast Holding is an agricultural holding, which owns and manages assets in Donetsk, Zaporozhye, Cherkassy Oblasts and the Crimea. The Holding’s major areas of focus include: crop raising (wheat, sunflower, barley, permanent grasses and corn) and dairy farming.

HarvEast Holding was established on 10 March 2011 and evolved from the assets previously owned by Ilyich Steel Plant. The overall bank of farmland is around 220,000 hectares and total livestock exceeds 22,000 heads. The shareholders of HarvEast Holding are the SCM Group and Smart-Holding.
to news list Agribusiness Share on Facebook Print NEXT PREV 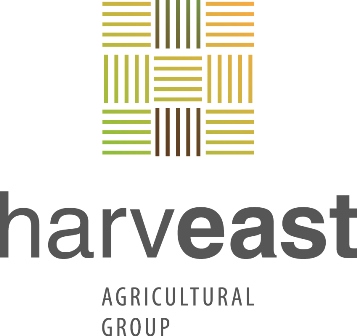