The facility will accept grain for storage from the motor road and water transport, as well as for its storage and loading on the sea vessels.

The port has completed the construction of the first stage of the Ochakov Terminal floor storage to accept grain crops, big bags, slim bags* and other bulk cargos from the motor road transport. The simultaneous storage capacity of the terminal is 9,500 tonnes.

These facilities have been built within the framework of implementing a large-scale infrastructure project for the construction of Ochakov commercial sea port in the estuary of the Dnieper-Bug firth.

* bulky and high-capacity bags used for storage and transportation of dry loose goods such as cement, sand, etc.

Smart-Holding is one of the largest industrial and investment groups of Ukraine combining the enterprises that share common strategic objectives and business principles. The interests of Smart-Holding focus on the industries that are the key ones for the economy of the country. The enterprises of Smart-Holding invest in metals and mining, oil and gas segment, banking, agriculture, retail, shipbuilding and real estate.

Since 2008, Smart-Holding has been implementing a large-scale infrastructure project for the construction of Ochakov commercial sea port in the estuary of the Dnieper-Bug firth. The project provides for the construction of a modern deep estuary port with a lighter carrier base and a railway branch line with the transhipment capacity up to 20 million tonnes a year.

Currently, the port has facilities for cargo handling in the scope over 0.5 million tonnes per year. The port operates 5 berths with depths of up to 7.35 metres. 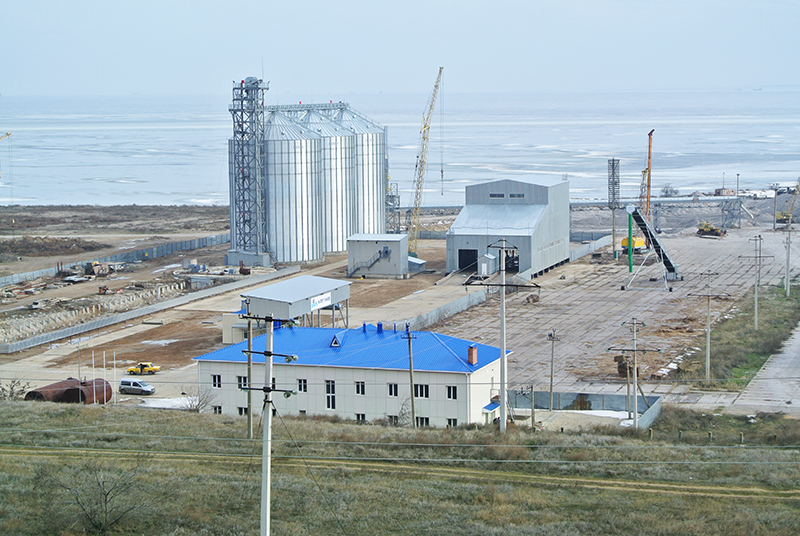