British RINA Listed KhSY Tanker as One of Best Ships 2013

The RST27 design SVL Liberty tanker constructed by Kherson Shipyard (KhSY, Kherson) was included in the list of Significant Ships 2013, according to the Royal Institution of Naval Architects (RINA).

Every year, RINA publishes the Significant Ships list which is a valuable reference publication for the professionals interested in the most cutting-edge achievements in the modern engineering design and vessel construction. The list includes 50 commercial vessels of all classes and types built at the world's leading shipyards in the reporting period.

The SVL Liberty tanker with the sea/river deadweight of 7,041/5,439 tonnes was built at Kherson Shipyard in 2011-2013. This was a lead tanker in a series of three ships commissioned by SVL (Malta). SVL Liberty was turned over to the customer in April 2013, and two other similar ships were completed by Kherson Shipyard in the same year. As regards the tankers' specifications, the contractual deadweight requirement was exceeded by over 50 tonnes and the contractual speed requirement by 0.6 knots.

SVL Liberty became the first full tanker constructed in the history of independent Ukraine. All the three vessels are currently successfully operating in the Russian market, with their port of registration being Novorossiysk.

KhSY and SVL (Malta) signed a contract for the construction of three complete 'river-sea' tankers in 2011. 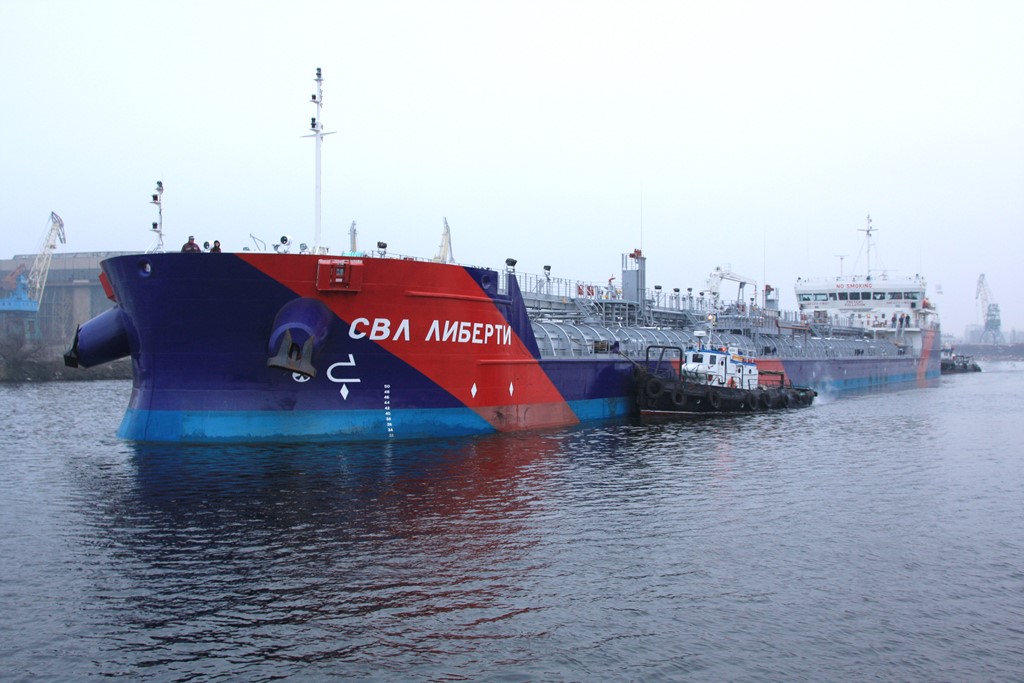