In 2017, the International Charitable Foundation in Honour of Intercession of the Most Holy Mother of God (ICF) of Vadym Novynskyi granted more than UAH 65 million for humanitarian and charity projects.

Last year, the Foundation traditionally supported projects aimed at revival of Orthodox values, restoration of historical, religious and architectural landmarks. Some of the existing healthcare programs, motherhood and childhood protection programs were continued, while financing of new projects was also started.

Last year, the ICF continued its support program for 500 child inmates of the orphanage of Buncheny Ascension Monastery (Chernovtsy region). Among them are children with disabilities and serious diseases, including those HIV positive ones. The program has been financed since 2015. Last year, the program aid amounted to more than UAH 13 million.

In April 2017, the ICF joined Help the Heart Beat charity project implemented on the basis of the state institution Heart Centre of the Ministry of Health of Ukraine. The project is about providing assistance in treatment of children with congenital heart disease. The program primarily targets orphaned children, children from large families, single parent and socially unprotected families. In 2017, the Foundation helped to treat children suffering from congenital heart disease from different parts of Ukraine, providing consumables (occluders and spiral systems) for 20 operations. In addition, the Foundation financed the purchase of equipment (bronchoscope) for the new-borns and premature infants’ intensive care unit of the Heart Centre. Since the beginning of the program, the Foundation has provided more than UAH 4 million to the Heart Centre.

Besides, Vadym Novynskyi's Foundation continued the implementation of the program launched in 2012 to rehabilitate children and young people with cerebral palsy. In 2017, within the framework of the project, 15 people were able to undergo rehabilitation course in the International Clinic for Rehabilitation.

Thanks to the ICF in Honour of Intercession of the Most Holy Mother of God, more than 100 people received targeted medical care to the amount of UAH 4 million in 2017.

In 2017, reconstruction of the Holy Trinity Church began in Kiev with the financial support from the ICF. This is a temple with almost three hundred years of history, which had been destroyed in 1931. UAH 14 million were allocated for restoration of the temple and a cultural and educational centre on Troitskaya Square (Shota Rustaveli and Zhylianskaya streets). Its construction is expected to be completed in 2019. Additionally, thanks to the Foundation, construction of the Intercession Cathedral was resumed in Mariupol.

The Foundation also continued financing of the Spiritual Heritage Program to support and revive Ukrainian cultural and Orthodox landmarks. Within its framework, assistance was rendered to Kiev Pechersk Lavra, the Holy Mountains Lavra (Sviatogorskaya Lavra monastery), Buncheny Ascension Monastery, Holy Resurrection Cathedral and many other churches.

The International Charitable Foundation in Honour of Intercession of the Most Holy Mother of God was established in 2008 at the initiative of businessman Vadym Novynskyi.

The Foundation's activities are aimed at bringing up the future generation on the principles of the Orthodox faith, at strengthening the family and increasing the importance of family values for the public, as well as at preserving the cultural and historical heritage, supporting healthcare and comprehensive development of education. 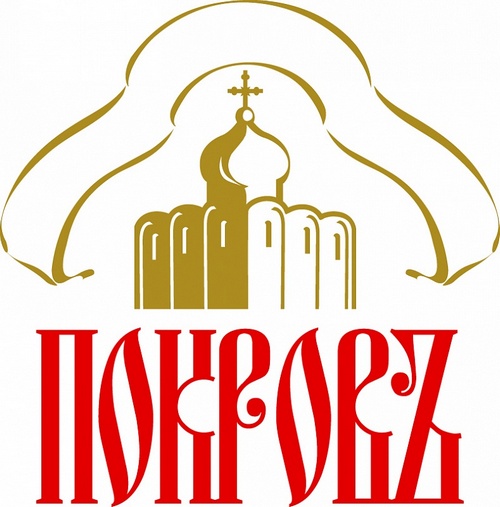