During the upgrade process, a cylindrical insert weighing 240 tons will be installed onto the vessel. Another 60 tons of metal will be used for the manufacture of 4 hatchway covers. Shipyard specialists have already completed cutting operations and parting of the bulk carrier.

Due to the insert, Modulus-2 will become 24.05 m longer and will receive an additional hold. Eventually, once the scope of work is completed, the total capacity of the ship’s holds will increase from 5,486 m³ to 7,867 m³, and its displacement will be 20% up. The insert’s sections are now being manufactured at Nikolaev shipyard of SMG and will be delivered to Kherson shipyard by the end of October.

As the deputy chief builder Sergei Gurskiy said, in addition to the structural changes themselves, the ship will be equipped with launching and lifting gear having a free-falling lifeboat with a capacity of 16 people.

Modulus-2 dry carrier is intended for transportation of various cargoes, including containers, grain and timber. It was built in 2009 in Turkey. The ship’s flag is that of Saint Kitts and Nevis. The initial design parameters of the vessel are: 90 m length, 15.6 m beam, 4,400 t deadweight (5,300 t after conversion).

SMG’s production output in 2018 amounted to UAH 610 million, which is twice as much as in 2017. The average salary of metal ship hull assemblers and welders is UAH 17.5 thousand. 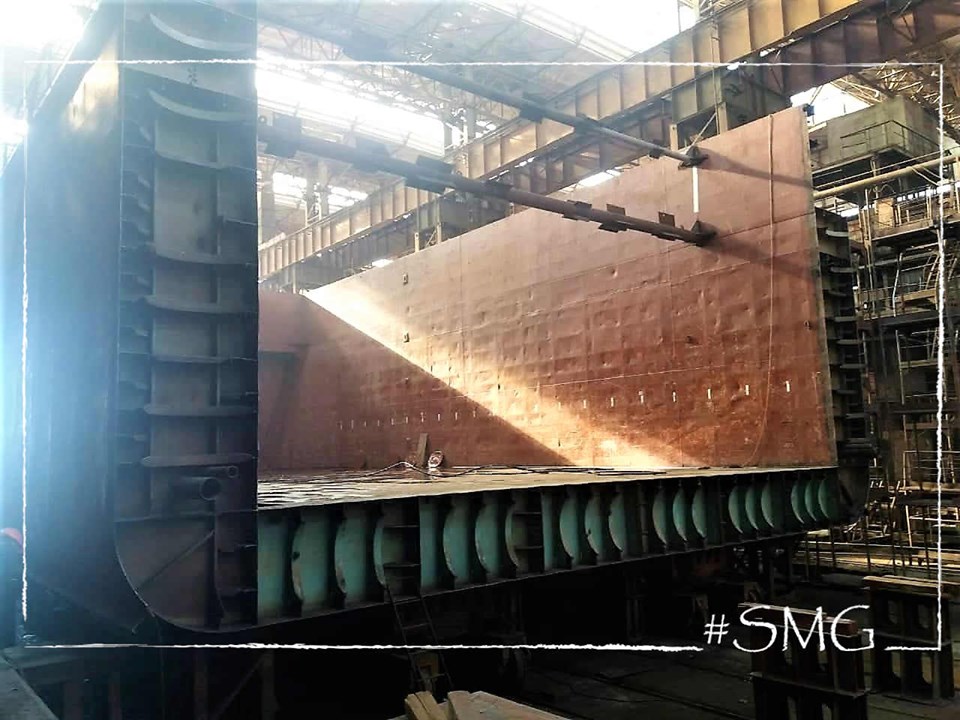