On 11 September 2020, Smart Maritime Group (Kherson, SMG) held the launching ceremony for the next outfitted hull of a chemical tanker built for VEKA Shipbuilding WT B.V., a division of VEKA Group (the Netherlands).

This order continues a line of vessels built for VEKA at the SMG shipyards and is the fourth job in a series.

Mr Huig Spaargaren, a representative of the customer company, as well as representatives of regional businesses and a team of the shipyard's staff joined the event, which took place at the site of Kherson shipyard.

Svitlana Shott, Marketing Director of Smart Maritime Group, was given an honorary mission to be the "godmother" of the ship and to carry out the name giving ceremony.

Having smashed a symbolic bottle of sparkling wine on the side of the tanker, the godmother named the vessel MONTEVERDI in honour of Claudio Monteverdi, an Italian composer of the early Baroque era. Traditionally, she also wished it fair winds and following seas.

The representative of VEKA Mr Huig Spaargaren said: ‘This is the fourth vessel in the project's pipeline, and its construction was entrusted to SMG with full confidence. The quality of the work and the timelines within which the project was completed do not raise doubts about high professionalism of Kherson shipyard's team. In addition to contractual obligations and business relations, for so many years of joint work, we have developed warm friendly relations with employees of your Company. We hope for further fruitful cooperation.’

Dmitriy Krasnikov, CEO of Smart Maritime Group, noted: ‘SMG has once again confirmed that our shipyards are capable of fulfilling orders for our European customers at the highest professional level. We are an export-oriented Company that uses materials of Ukrainian origin in its production process. Our team is strongly focused on attracting orders both in the domestic market and among foreign customers, providing jobs for the shipbuilding industry. We keep the position of one of the major budget revenue generating companies of the region.’

MONTEVERDI chemical tanker was built at Kherson shipyard under the CAVALLI design project. The deadweight of the vessel is 5,000 tons. Its length is 110 meters, the beam is 13.5 meters, and its side/hull height is 6.6 meters. The tanker is designed for the transportation of petroleum products and chemical goods on the inland waterways of Europe.

Within the framework of the contract, the shipyard manufactured the hull of the vessel, installed general shipboard piping systems and deck outfitting systems, as well as painted the hull.

The job was completed in 6 months. The contract value is EUR 2.7 million.

In the manufacture of the vessel, 1,200 tons of high-quality shipbuilding steel, mainly manufactured in Ukraine, at MMK and Azovstal Works of Metinvest Company, were used.

Smart Maritime Group is the largest shipbuilding company in Ukraine, combining the shipbuilding assets of Smart-Holding: Nikolaev and Kherson shipyards. The SMG’s production capacities allow the construction of medium-tonnage fully outfitted vessels and comprehensive ship repair operations. The shipyards’ customers are companies from the Netherlands, Norway, the UK and other countries.

VEKA Shipbuilding B.V. is part of VEKA Group Shipbuilding Company headquartered in Werkendam (the Netherlands). The Group was founded in 1988. The Company specializes in the construction and maintenance of inland navigation vessels. The Company's reference list includes double-hulled chemical tankers and bunker tankers, LPG tankers, container ships, passenger ships and other types of vessels. VEKA operates four shipyards in the Netherlands: in Lemmer, Heusden, Rotterdam and Werkendam, as well as shipyards in Eastern Europe and, in part, in Asia.

The history of successful partnership between SMG and VEKA Group numbers more than 10 years. Over this time, 12 tanker hulls were built for the Company. 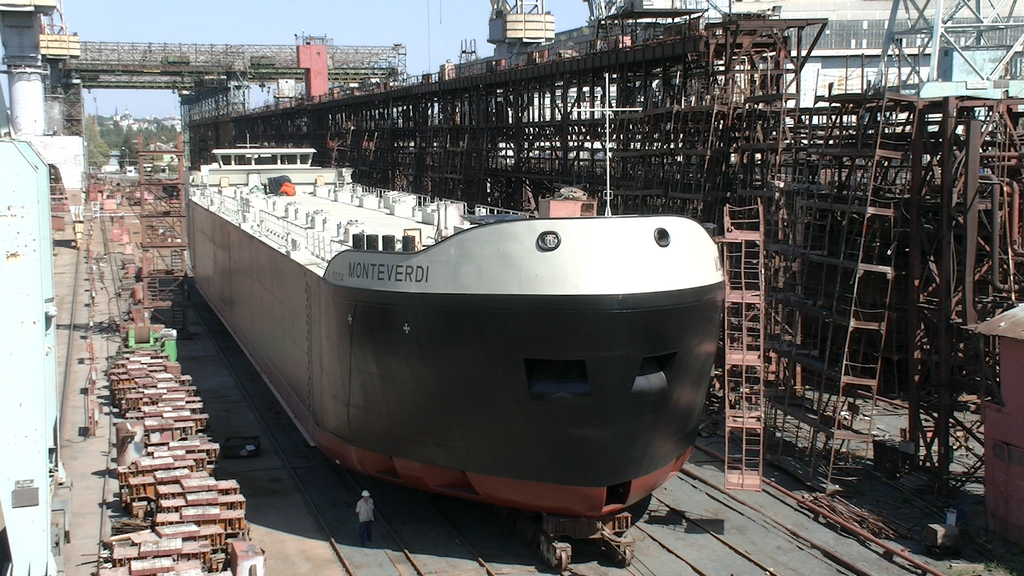